Brothers From Another Mother

We are building a house in Avoid. 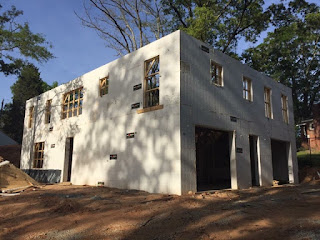 Now, this poses all sorts of challenges
that I never would have considered in suburbia where new houses pop up like weeds on every spare patch of land.

For example: In Avoid, once piping an wiring and major systems are in, it is normal to pay someone trustworthy to sleep in your house to keep people from breaking in and stealing copper wiring.

Seriously. It's a thing.

The idea of destroying the walls of a new house to get $20 worth of copper is ridiculous to me ... but I also don't understand the addictions and desperation that will drive people to do ridiculous things. But I saw it live and up close when it happened to our rental house right before we were supposed to move in.

So when we get to that point we will pay someone to sleep in our new house to protect it. 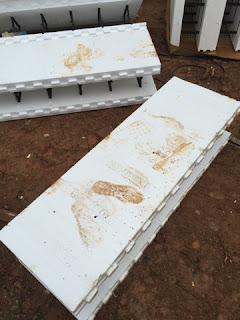 But one thing that we didn't necessarily forsee was vandalism. Immature kids doing immature stuff. Until it happened to us. 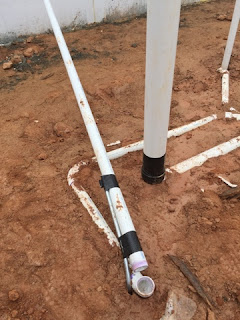 One Saturday afternoon we got a call from an older neighbor saying that she saw kids messing around at our house site. I was out and not far from the house, so we headed over. I had another neighbor and her daughter in the car along with me and my 18yo and 10yo. When we got there they had tipped over a porta potty, bent a pipe, and knocked over a few stacked boxes. Nothing huge. Just an annoyance. The other mom cornered one of them and made him put the porta potty back and gave them a stern talking to. Then they left.

But they forgot one thing ... their cell phone.

It was a live-action Darwin Awards moment.

Note to juvenile delinquents everywhere: If you're going to vandalize a building site — or break into a house or whatever — don't take pictures and videos of yourself and then leave your phone behind.

We debated what to do. We didn't want them to be in trouble. There were no real monetary damages.

What we wanted to get across, however, was that this is not OK. You may see our home site as a playground and a place to mess around. You may not see the consequences of your actions ... the time spent righting what you wronged.

Herb had the opportunity to get the message across to them when he saw them at the site again a couple of days later. He approached them and got a lot of lip and attitude and bravado from the older one considering the kid's weight didn't even get to three digits. He was very secure in his belief that because we obviously lived in two different worlds — the Leaf-driving, house-building white guy and the Boyz in Da Hood — they were safely anonymous.

You don't know me. You can't find me. You are not part of my world, you crazy-ass white guy.

But then Herb called them by name. And he indicated that yes, I do know where you live. And yes, I am part of your world. But I don't want you to get in trouble. I just want you to know that this is not OK, and I don't ever want to see you on my property again.

You see, through six degrees of separation, we had been able to figure out who they were in about 24 hours.

They are Joshua and Jordan.

Not my Joshua and Jordan mind you. But another pair of bothers — the older named Joshua and the younger named Jordan.

When I heard this, I was struck. There was another mother just a few blocks away from me who had two boys, and she chose the same names for them as I chose for my own.

What kind of thought process did she go through to arrive at those names? Were they the same thoughts that led me to mine? Was she looking for names that were holy? Names with Biblical significance? Did she just like the sound of them? Were they named after family members or friends?

But however we arrived there, that unknown mother and I have matching sets of boys with the same names.

We have not seen Joshua and Jordan around the site again, and honestly, we don't anticipate that we will. I think that being known scared them just a little.

Frankly, I'm hoping that over time they will completely forget the incident. I want to meet these brothers from another mother, but under different circumstances. 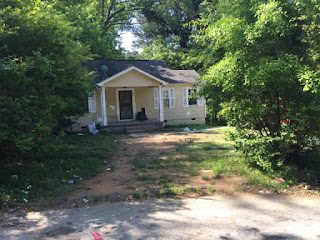 So in the meantime, I pray.

When I go for a walk, I go past their house.  And seeing their house reminds me that while there are two sets of Joshua and Jordans in this neighborhood, they probably have very different lives.

I can't believe that our paths crossing was an accident. Nor do I believe that this is the end of the story. But rather than force another meeting, I wait. And pray. For all of them.
Posted by Marybeth Edgecomb at 10:18 AM