When Did We Feed You? 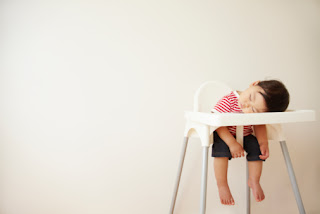 Something happened a while ago, that I have struggled to put into words.

How do you tell a story that was both funny and heart-wrenching? Can you tell a story without making it seem like a joke and without losing the hilarity of the situation? Can you do both/and instead of either/or?

I'm going to try, so I ask for your grace in case I err too far on one side or the other.

It was probably two years ago when I was supposed to meet my friend Denise for lunch. I was at home with the kids trying to work and be mom and probably failing at both.

Then there was a knock at the door. It was Kimberly.

Not my pastor's wife Kimberly. The other Kimberly.


The other Kimberly is a prostitute who would hang out a couple of blocks from our house. She had been by a time or two before looking for food or a ride. Not often, and never demanding. Only when she was truly needy, and she was always sweet and polite about it. But it had happened a few times, so we knew her by name.

But this day was different. She looked cold. And exhausted. She asked to come inside for a few minutes to rest. She said she hadn't slept all night and just needed to sit down somewhere comfortable. I asked if she was hungry because I had some soup left over from dinner the night before. Would she like a bowl while she warmed up? She said yes.

She sat at the table, slowly eating her soup, talking about how tired she was. I kept asking her if she wanted to lie down on the sofa and take a nap, but she repeatedly said no. She was fine. She just wanted to sit for a minute and eat some soup.

I left the room for a couple of minutes — to do what, I don't remember — and when I returned, she was asleep.

In her bowl of soup.

I just stood there, stunned. It was a like a Facebook meme with a kid who fell asleep in his high chair and face-planted in his spaghetti. But this was an adult. Sitting at my dinner table. Out cold in a bowl of warm soup.

I finally realized I had to convince her to take a proper nap on the sofa, not in the soup. So I roused her and moved her to the sofa. She lay down, and I covered her with a blanket.

But now I was in a pickle.

What do you do when you've really got to get in the shower because you're going to be late for a lunch date, but you have a prostitute asleep on your sofa and your oblivious kids are upstairs?

You make a couple of calls, of course.


Herb: Hey hon. I really need you to come home a little early. Kimberly is asleep on the sofa, and I need to take a shower and head out to lunch with Denise. Yes, that Kimberly.

Denise: Hey girl! I'm going to be late to lunch. There's a prostitute passed out on my sofa, and I can't leave until Herb gets home. I'll explain when I get there.

It doesn't happen very often that you get to see Bible verses come to life right before your eyes.

But in Avoid, it's just another Tuesday.
Posted by Marybeth Edgecomb at 6:22 AM