Tonight I found myself lying in bed with tears streaming down my face.

I could vividly recall the dream I was having when my tears woke me. Not one of those recurring ones that we strive to make sense of. Like the one where my teeth are falling out in shards by the mouthful. Or I show up at college in the fall, to find that I had forgotten to secure housing the spring prior.

This one was new.
But not new.
It was an invasion of my subconscious by my conscious life — if not outwardly expressed.
Of my semi-constant questioning of the choices that I have made throughout my life.
Of one choice in particular.

I chose not to go to law school.

When I was in elementary school, on one of our many visits back to the William & Mary for Homecoming, Dad took me to visit the new law school building. We walked into a randomly selected classroom and seated ourselves in the back row. As the class ended, we got up and made our way out with the rest of the students.

My dad apologized for dragging me to the "boring law class."

But I loved it. I understood it. And from that moment on, I wanted to be a lawyer.

After graduating from college in 1993, I was done with exams. The thought of coming back to school in three months and starting all over again made me want to break out in hives. So I decided to work for a while first. 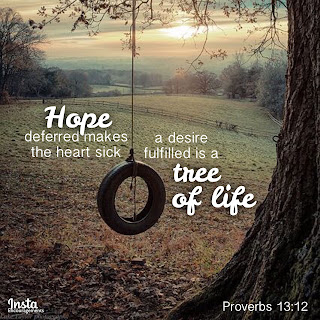 By 1997, I was married and was a self-employed corporate communications consultant. And I decided I was ready to go back to school. In a two week span I decided where to apply, signed up to take the last available sitting of the LSAT, found a college professor who remembered me (whaaaat?) and was willing to write a recommendation on short notice, and got a copy of my college transcript.

The day I sat for the LSATs was also filled with tears. I was positive I had failed.

On the way home, I managed to steer my car to Burger King, Smoothie King, and McDonalds to get all of the foods I was craving. And I went home and did not move from my La-Z-Boy for the rest of the day. Except probably to get more food.

The next day, as I considered my emotional breakdown and weird, very specific cravings of the day before, the pieces of a puzzle began to fall into place.
I ran to a drug store.
The stick turned blue.
And my law school application was never completed.

Now I am 47 years old. I have one child successfully launched into adulthood, another in college, one in high school, and one in middle school. I have a successful business that has helped support me and my family for more than two decades.

And yet I am awake at 2 a.m., dreaming about what might have been.


My third son, Joshua, is in law school. In a weird twist of fate, one of his professors taught an undergraduate law class that I had taken. In my dream, it was the anniversary of a landmark decision that was handed down when I was in the professor's class. I remembered that I wrote a paper about that decision.

I became desperate to find that paper. I tore my house apart looking for it. It had to be there. I had to have saved it. It was my only connection to the only law class I ever took. I was frantic.

The professor appears and asks why I want to find the paper so badly.

I struggle to respond. Finally I say that I wanted to remember what I wrote. To be reminded that I had had deep, important thoughts once.

The professor tells me where to look ... in his office ... among his papers. He kept a copy. I asked why, after all these years, he had kept it.

"There was a time that we thought of you as a prodigy," he mused. He sounded just a touch disappointed.

And that's when I awoke. Crying in bed at 2 a.m. over a dream unfulfilled.

You see, my husband started school yesterday. He had his first day of classes at Georgia Tech where he is getting his second master's degree. I joked with him that the next degree is mine. He doesn't get a third until I go to graduate school.

When he first applied, he offered not to. If I wanted to go now, he said he would wait, but I demurred. I didn't yet know what I want to study.
Creative writing?
Behavioral economics?
Or ... law school?

Please don't get me wrong.

I love my family.

If I hadn't made the choices I made in my life, I wouldn't be here now.

And I want to be here now.

When my tears woke me from my disturbing dream, I felt absolutely compelled to write about them.
But after less than two hours, the tears have dried.
The urgency has dissipated.
The desire has waned.

But I am left with the feeling that I have missed something in my life.
That there is something yet to do.
That I'm not complete.
That somewhere along the way, I sold myself short.

Posted by Marybeth Edgecomb at 1:33 AM No comments:

Note: This is (basically) the "marriage advice" talk that Herb and I gave to our dear friends and spirit kids, Grace and Zack at their wedding. We were so humbled when they asked us to speak, and now they probably wish they hadn't. We went 100% against the grain of what two other people had said, so ... there's that. But this is what we have learned from almost 16 years of marriage — and prior failed marriages as well. So, here it is, rewritten as if I were the only speaker.

I knew that Grace was the daughter I never had when she told me she was getting married in March. Smack dab in the middle of Lent. Who gets married in Lent? The church I grew up in literally would not perform a wedding ceremony in Lent. You had to wait until after Easter. But Herb and I got married in Lent and ya know what? It’s a lot easier to find a caterer in Lent. Just sayin’.

The liturgical color for Lent is purple. It’s also Herb's favorite color. I want you to keep purple in your mind, because we’re going to come back to that.

So while contemplating what wisdom we could share with you two, I stumbled across an article entitled "Anna Dostoyevskaya on the Secret to a Happy Marriage." Perfect! If I read this, I’ll know! Then I can talk about it and sound really smart.

Anna said this about her marriage to the Russian author Dostoyevsky:


Throughout my life it has always seemed a kind of mystery to me that my good husband not only loved and respected me as many husbands love and respect their wives, but almost worshipped me, as though I were some special being created just for him. And this was true not only at the beginning of our marriage but through all the remaining years of it, up to his very death.

So that’s it? The secret to a happy marriage is to find a guy who worships you? I had that. Herb has always let me know that he thinks I’m amazing. He thinks I’m smarter than I am, more beautiful than I am, and funnier than I am. I actually will get mad at him when I feel like he’s put me on a pedestal.

If that was the secret to a happy marriage … and if I had that … then why was marriage so stinkin’ hard?

In truth, my husband and I were persons of “quite different construction, different bent, completely dissimilar views.” But we always remained ourselves, in no way echoing nor currying favor with one another, neither of us trying to meddle with the other’s soul, neither I with his psyche nor he with mine. And in this way my good husband and I, both of us, felt ourselves free in spirit.

Oh. That. Hmmm … That we hadn’t always done so well.

OK, that took me back to Lent. And to a Venn diagram. And marriage.

Picture a circle that’s blue and a circle that’s red. That’s us before we got married. And it’s you two also. We’re red and blue. Different, but complementary. As we got to know each other … as we scooted closer and closer to one another … we saw that there were parts of us that blended really well and made a really nice shade of purple.

But one thing that’s easy to do in marriage is to forget your primary color … your red.
Or your blue.
And focus exclusively on the purple.
Or worse … to begin to see the red and blue as negative. To give up your individuality for the sake of the marriage.

For each person, forgetting your primary color will look different. It could manifest itself in something you give up or take on.
It could be giving up a hobby you love.
Or not spending time with your friends that are just your friends.
Or adopting the other person’s opinions as your own.

But we were our primary colors before we met. I was attracted to his blue, and he was attracted to my red. And when we don’t nourish what originally attracted us to one another, it withers. And the marriage can’t grow stronger if either of the individuals is growing weaker.

So it is so important that each of the three be nourished and protected: You, Zack … and you, Grace … and the marriage you are birthing today.

Remember who you are now. Before your life becomes all about the purple.

And you’ll find that who you are as an individual will change the longer you’re together. Herb and I have always said that our idea of heaven is being perpetually in college but without those pesky grades. You’ll be growing and learning and discovering new things for the next 50-plus years. And some of them will excite you both, and you’ll love exploring them together!

But some of them will only excite one of you. And that’s OK too.

As the red and blue circles grow bigger, to incorporate all this new learning, the purple part will grow too.

But there will be times when he embraces his blue and you see it as a rejection of your red … of you personally. But let him be himself anyway.


Right about here I would put in a quote from 1 Corinthians 13 about “love not insisting on its own way,” but we were told we would receive 30 lashes with a wet noodle if we quoted 1 Corinthians 13 …  so I won’t.

And there will be times when the reverse is true. When she wants to cultivate her red and it feels like she’s rejecting your blue. But let her be herself anyway.

Suck it up and watch the movies you don’t want to watch … like Deadpool (me) … and Harry Potter (him) … but not at the expense of neglecting yourself and your own opinions.

In other words, you only have to watch Deadpool ONCE.

Remember that the purple area in the middle of the Venn diagram — that's what makes a marriage.

But the red and the blue … the parts of you that stay distinct and separate — that’s what makes a marriage work.
In both senses of the word.
Posted by Marybeth Edgecomb at 8:48 AM No comments: